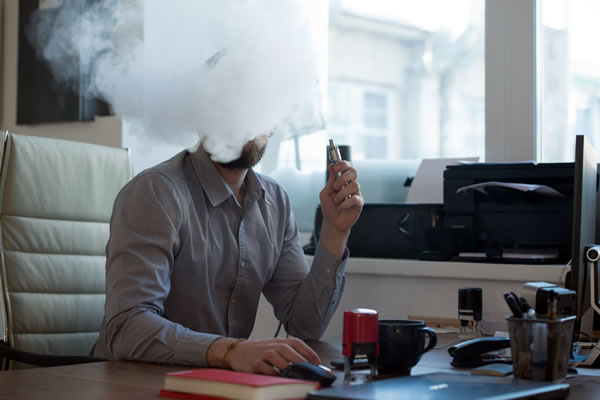 A lot of people feel proud when they stop smoking and replace tobacco cigarettes with e-cigarettes. This feeling doesn’t usually last very long since it appears that you have once more given up your control to something else. As a matter of fact you are still having to pay for a habit that often seems out of control. You also need to remember to buy refills and you may still worry about your health.

Many times people have told me that when they first started with vaping it caused a cough and of course many cigarette smokers will remember how they coughed when they were trying out those first cigarettes years earlier. Any time we choke or cough our body is simply letting us know that it doesn’t like something.

E-cigarettes contain all sorts of chemical substances such as propylene glycol, glycerine and flavourings. What can be the reason for making a vaping cigarette taste nice? If you like the taste of vanilla, why not buy a vanilla stick or if you prefer coconut flavour why not just go to the shop and buy some coconut.

Instead of being free from cigarettes and breathing in healthy fresh air people choose to switch to e-cigarettes as it seems to be less of a health-hazard than smoking tobacco cigarettes. Sure, it may be an improvement to smoking tobacco but it still means inhaling chemicals. Unfortunately, the vast majority of people who use e-cigarettes vape much more than when they used to smoke previously. If you would like to stop vaping and improve your health give me a ring. Any habit can be changed.